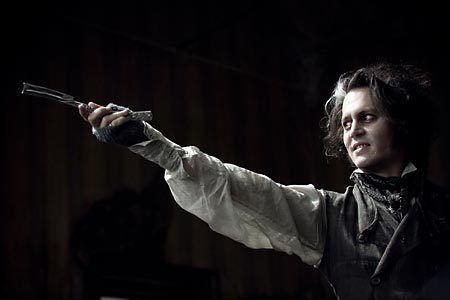 Halloween doesn’t get the respect it deserves. It’s a great holiday to tweak your thinking and consider unconventional tactics. As we try on new identities and new ways to coerce strangers into giving us candy, maybe it’s time to dust off some of our outdated ideas.

Today, I thought I’d take a look at what the legendary character Sweeney Todd can teach us about blogging, marketing and communication.

First, he challenged outdated assumptions about pricing. Instead of toiling day after day to make a few shillings for a shave and a haircut, he cut his customers’ throats, and was able to take all the money they might have in their pockets. This simple move was able to increase his average transaction size by 500-1000%.

But Sweeney Todd wasn’t just an early challenger to stale ideas about pricing and value. His business partner Mrs. Lovett developed a truly creative add-on. She turned a liability (dead bodies to be disposed of) into an asset, by cutting the victims up and making them into meat pies, generating a collateral source of revenue. Sadly, we don’t have the precise numbers for this bold lateral move, but some estimates put the increased ROI at as much as 150%.

Sweeney Todd didn’t just chase his victims down in an alley and ambush them. These would have been amateurish moves, unworthy of his creative intelligence.

Instead, he offered something of real value (a shave and/or haircut) that his market was looking for. He was able to keep his price point extremely attractive, given his assertive commitment to the back end, which allowed him to recoup those costs as the customer moved through the funnel (or trap door, as the case may be).

Marketers call this kind of attractive loss leader an “ethical bribe,” although you probably don’t get to call it ethical if you in fact murder your customer afterwards.

For a blogger, this might translate into Google AdWords, banner ads, or you might even consider moving offline into direct mail. Guest posting strategies are probably not in the cards, as most bloggers are uncomfortable with aggressive strategies like murder and cannibalism.

However, Twitter may be an option. Just be sure you mix up your Tweets with interesting personal comments. A steady diet of “oops, just slaughtered another reader” gets tiresome, and you’ll lose followers quickly.

Back in the early months of the pandemic, I noticed how many normally productive people were saying … END_OF_DOCUMENT_TOKEN_TO_BE_REPLACED