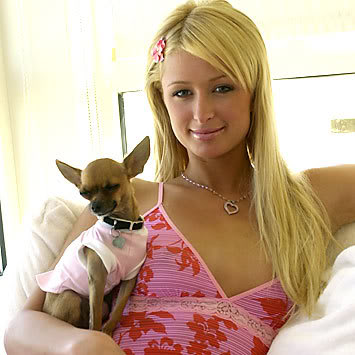 Remember in the old cartoons, when Bugs Bunny fell off a 90-story building and then emerged shaking his head with a funny little rattle?

So yes, I am still alive! I want to let you guys know a) all the insanity I’ve been up to, b) some of the insanity I have planned, and c) a couple of things I’ve learned from it all.

I’m going to try to counter my usual impulse to write a 3000-word post (and put off posting anything any longer), and instead I’ll give you the best birds-eye view I can now, and then over the next couple of weeks I can share some thoughts with you about what’s been working, what’s been insane, and things you might try for yourself.

Late last year I had three projects that I was pouring everything I had into. Those three projects all came to fruition, which has been both amazing and scary.

The first was the Internet Marketing for Smart People newsletter over on Copyblogger. I’d been pestering Brian for awhile about adding an email newsletter, and he finally told me to shut up and do it already. (He didn’t actually say shut up, he’s quite a nice person.)

As you may know if you subscribe to one of my newsletters, I have a teeny tiny tendency to overdo it on these. I basically try to deliver a cubic ton of value, which means they’re no small effort to put together.

But the great thing is, once they’re created, they’re created. Put the work in up front and you’ll keep gaining the benefit from it. (Unlike a blog, which needs ongoing feeding.)

This one has 10 lessons written so far of the 20 I have planned. I’ve gotten a lot of really nice feedback on it, which is good, because I put a hell of a lot into it.

The second was to finally create the membership web site I outlined when I first joined the Teaching Sells program in late 2007. I launched that in December last year, the Remarkable Marketing Blueprint. This program is so, so dear to my heart. The first 250 beta members have been so smart, so supportive, and best of all, they’re actually USING THE MATERIAL AND MAKING PROGRESS.

I’m working out the last of the site’s kinks and my own process glitches now, and I expect to re-open it in a month or so. If you’d like notification of when it opens up, you can sign up for that here. Don’t worry, I won’t plague you with email. Not only do I try never to do that, but I’ve also got too much other stuff to do. 🙂

The third project was this “little idea” I had to create a private forum around the principles of the “Third Tribe.” In other words, of taking the best from the more traditional internet marketing “gurus” (solid direct response technique, a willingness to go ahead and ask for the sale, focus on conversion) and from the more kumbaya social media types (respect for audience, focus on communication, development of great relationships that go both directions).

Brian, as it turns out, doesn’t do little ideas. It’s just not how his brain works. So before we know it, we had Darren Rowse and Chris Brogan as business partners, we had the amazing Tony Clark (who built Teaching Sells) coding the site, and we had . . . well . . . a whole ton of customers for Inside the Third Tribe.

Passionate, engaged customers. Who were talking and creating and partnering and moving. It’s exhilarating and intimidating and kind of like giving birth to Godzilla. A really chatty, ambitious, friendly Godzilla.

And that was the last anyone heard from me

Well not really. You probably know that the best place to keep up with me has been over on Copyblogger, where I’m senior editor and doing my darnest to do really good work and keep the blog as amazing as ever.

But I just plain old haven’t been able to find the time or creative energy to write for Remarkable Communication, or for my own wonderful newsletter, which has been a labor of love for me since I started this whole wacky journey.

Now that the dust has settled a little from my Three Giant Projects, fixing that is next on my list.

So my next tasks are:

Along the way you will have opportunities to make purchases of various products should you so desire. 🙂 If you’ve been with me awhile, you know that I’m 100% cool whether you buy anything or not. My main interest is the conversations, and the financial part tends to work itself out.

OK, I seriously need to stop writing now so I can get this posted. I’m really looking forward to catching up more with you soon.

Back in the early months of the pandemic, I noticed how many normally productive people were saying … END_OF_DOCUMENT_TOKEN_TO_BE_REPLACED