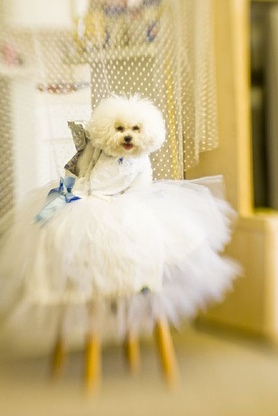 I wish I could remember who turned me on to Nancy Boy.

I’ve never been to their shop, never met them in person, although I have every plan to make a pilgrimage one of these days.

All I can remember is that someone said, “You like all that email newsletter stuff, you have to get Nancy Boy’s. It’s . . . well, it’s amazing.”

Here’s a quote from their most recent edition:

But the most excruciating social prevarication occurs during the dental hygienist interrogation. “You signed under oath in 1987 that you brush twice a day with prescription toothpaste, floss after each meal, use the Proxabrush and Stim-U-Dents nightly and gum stimulator every other night do you still swear it to be so?” My eyes roll back in my head as I dimly recall meaning to buy floss at duty free when we went to Martinique in 2002 but I smile brightly and exclaim, “Now I’m doing the gum stimulator EVERY night,” a bootlicking lead-in to the nitrous score. Yes of course just for the cleaning for anything serious like a cavity I have Madonna’s private anesthetist.

You may be thinking, wow, that’s wordy. And kind of insane. And it uses the word prevarication, they’re gonna get some unsubscribes with that one.

But the people who do absolutely crave it.

The competition is ugly

Nancy Boy, in other words, is competing with about half the universe.

Everybody sells soap. Safeway sells a hundred different kinds of soap, with billions of dollars in advertising to get you to pick Dial over Dove. Whole Foods sells expensive pretty stuff by the pound, funky little chunks that smell good. Boutiques sell it wrapped in adorable packages, or in the shapes of robin’s eggs, in beads and bombs and bath fizzies.

There is too much soap. The market is entirely saturated. Even if you have the fanciest organic handcrafted virgin yak-butter soap on the face of the planet, there’s too much of the stuff.

No one needs another vendor of soap. No one.

Even worse, the Nancy Boy retail shop is in San Francisco’s trendy Hayes Valley. There are probably eight stores on their block alone where you can buy fancypants soap.

And soap isn’t like a dinner in a good restaurant. No matter how much you like it, you still don’t buy it 30 nights in a row.

Soap is the worst business in the world.

A star, a story and a solution

Nancy Boy has a good story, about an advertising exec who vowed never again to shill cosmetic products that needed their 900% markup to pay for their advertising.

They have a good solution—a high-quality, locally produced collection of products.

But what Nancy Boy really has is a star, in their newsletter writer, Eric.

Eric takes nice soap and turns into a cult. Eric is Nancy Boy.

If you’re into Eric’s writing style, reading his newsletter is exactly like getting a personal email from a witty and insane friend. It’s likely to involve anxiety attacks, mood-altering substances, public humiliation, jokes that are so bad they’re good, and an attitude that is euphemistically called “very San Francisco.”

It may be a euphemism, but it’s not inaccurate. Email from Eric makes me miss home.

And, of course, I forward Eric’s email to my friends. Who forward it to their friends. And everyone buys soap.

When I say Eric makes himself a star, I don’t mean he puts himself out as being particularly handsome, smart, rich or talented.

Eric makes himself particularly himself. Or at least, a more boiled-down, vivid version of himself.

Everyone who reads gossip magazines (something tells me Eric falls into this category) knows that nobody loves perfect people. We love Lindsay and Britney and good old Liz Taylor. We love train wrecks and bitches. We love the lost, because we’re a bit lost ourselves, and they make us feel better.

Just like a great story in the tabloids, Eric’s monthly newsletter gives you a little drama, a little glamour, and a good dose of “good lord did he really say that.”

Sometimes, all you have is you

You might be in what’s called a “commodity” business, like house painting, with lots of other vendors competing with you on price.

You might be in a crazy competitive market no one in their right mind would choose, like real estate. Or soap.

Maybe the answer is you.

Obviously you’re not going to be the next Nancy Boy. There’s already a Nancy Boy.

But you might be the wacky yoga/business/life coach who talks to a duck.

Or the small business marketing guru who swears like a sailor.

Or the alternative relationship coach.

The more you think you’re too flawed or messed up or just plain weird to put yourself forward as the star of the business, the more promise you have.

It frustrates me when people use expressions like, "It's just business" to justify gross behavior. … END_OF_DOCUMENT_TOKEN_TO_BE_REPLACED