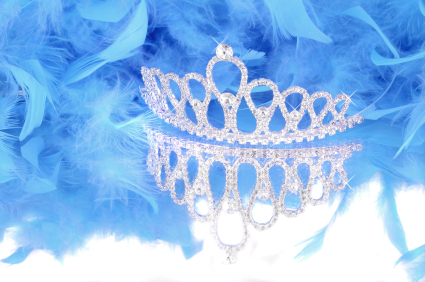 I recently got an email from someone whose comments aren’t going through on that other blog I write for.

I let him know that the spam plugin Akismet was probably snagging them, and he responded to let me know that was a “piss poor” answer.

Apparently I should dig through the tens of thousands of spam messages to find his comments. Which, given the tone of his email, I’m sure were constructive and insightful.

No one owes you their attention

Are your ads being blocked by spam blockers? Sorry, web visitors don’t accept your premise that they’re obliged to read ads on your site.

Not getting the comments or retweets you want on your blog posts? Your readers voted with their response (or lack of response) — while they may have enjoyed your content, it didn’t move them to take action.

Not getting personal attention from that individual you admire? It bites (and trust me, I’ve been right there with you), but you simply haven’t done anything remarkable enough to snag their attention. Not yet.

(Another possibility is that you just haven’t given things enough time.)

There is one proven way to capture attention — throw a tantrum. It works brilliantly.

Say some nasty things about that guru and you’ll pop up in his Google alerts. You may very well give him heartburn for a couple of days. If you’re obnoxious enough, your name could certainly stick in his mind.

But since you are not three and the guru is presumably not your parent, an ugly tantrum doesn’t do anything to get you what you actually want, which is positive attention.

Almost everyone who contacts me is lovely and polite. But of course, which messages do I remember the most vividly? The ones who tell me my answers are piss poor, or call me various kinds of names.

My patience for these evaporated maybe six months ago. And my kid taught me long ago not to reward tantrums.

Attention is not magic fairy dust

This may seem a little snarky, but it isn’t meant that way.

Something I’ve noticed at conferences and other venues is that we all have a tendency to think that if we can just get five minutes in front of that super successful person (or that person whose outlook we think is really cool), everything is going to go differently.

I got really lucky when I started this blog.

My very first commenter was Seth Godin. (As Brian enjoys pointing out, the blog at that point was something of a shrine to Seth. He showed up to give a friendly word.)

A few months later, I even managed to entice him to link to me, by writing a thoughtful post about a book he’d just published. That post got a ton of traffic for about a week, more traffic than I could ever have dreamed of getting at the time.

What would be different if those two things hadn’t happened?

What if Godin had never commented on the blog, and had never gone on to send me a link?

What would change about the way I run my business? About the timing of when I was able to quit the day job? About the number of spots in my courses that I’m able to sell? About my cash flow or monthly revenue? About how much I enjoy what I do?

No choirs of angels came to appoint me with success. No doors swung open to lead me to fame and wealth.

It wasn’t my “lucky break.” It wasn’t a break. It was just some attention from one smart guy.

Mostly, what I got out of it was encouragement. Which is valuable. It was damned exciting to get that attention from someone I admire so much, and it gave me great pleasure.

But encouragement from a “brush with a guru” lasts for a few weeks. Maybe a month.

You know what’s lasted for years now, with no signs of waning?

Encouragement and support from friends and peers. Folks like Naomi and Dave and Jon and Charlie. (If I start trying to name everyone on that list, we’ll be here until December, so just realize that this is a small subset.)

Some of them started before I did, some after. None of them lives on Mount Olympus. We were just folks trying to figure out how to do business and blogging.

That’s all the gurus are as well. They don’t have a magic new flavor of success dust that they can offer you.

When they do give you their best advice, it’ll be boring

But that’s the only advice they can give you. It’s the best advice they have. That’s why it’s a cliché. There’s not some secret guru advice that they’re holding back.

What’s the law of anti-attraction?

If there’s a quality that will repel the attention, the connection, and the success you want, it’s an attitude of entitlement.

The person you admire so much, both personally and professionally? Loathes an attitude of entitlement. Without knowing anything else about that person, I can tell you this with perfect certainty.

(If you want more evidence, check out this excellent compilation from Tamar Weinberg about how to get an influencer’s attention.)

I’m certainly not saying you don’t deserve the best

If you work hard and are true to yourself and do a better job on the fundamentals and give before you ask and don’t give up, I have complete confidence that you will receive the best.

None of us gets the goodies because we’re born talented. (I’m writing a lesson for my free e-course about Carol Dweck’s work on the fixed versus the growth mindset, which I think plays a major part in this. Expect much more about this in the future, because I think it’s one of the few actual magic secret keys to success. In the mean time, pick up her book Mindset, or at least check out her site.)

So don’t worry so much about whether or not you innately “deserve” anything, good or bad. Instead, get obsessed with making yourself better, making your projects more remarkable, becoming more skilled, doing better work, serving more people in a more profound way.

And be too damned stubborn to quit.

How about you, any amazing examples of entitlement mentality that you’ve run into recently? If you share them in the comments, I promise to wince in sympathy.

Back in the early months of the pandemic, I noticed how many normally productive people were saying … END_OF_DOCUMENT_TOKEN_TO_BE_REPLACED