Stories lie at the core of human nature. They're as important to our humanity as language and opposable thumbs. Storytelling doesn't belong to an exclusive group of novelists and screenwriters. We all tell stories, but some of them work better than others.

Persuasive stories have a long history. In the 70s, soap operas emphasizing family planning were broadcast in Mexico—leading to lower birth rates in the areas where they were shown. Similar soap operas have been produced around the world to promote birth control, AIDs awareness, the status of women, and better treatment of children. In the 80s, U.S. television writers were asked to work anti-drug storylines into sitcoms and dramas. And in the 21st century, Rupert Murdoch will be asking writers for his television shows to think about storylines that warn against global warming. Many writers hate didactic fiction, but it's probably as old as human language—certainly predating the bible and Aesop.

Today I thought I'd unpack a couple of tools used by professional writers to create stories that are memorable, engaging, and satisfying.

Protagonist
You probably know that the protagonist is the actor in your story. More specifically, the story happens as a result of the actions he takes. Readers in the English-speaking West have virtually no patience for protagonists who don't take concrete action.

Whether you're writing an ad, a 600-page novel, or an interesting blog post, the reader must empathize with the protagonist of your story. Typically the protagonist of an ad is some version of the customer. Very often in a story told by a nonprofit organization, the protagonist is the client—the person helped by the organization. But the reader still has to put himself in the shoes of that protagonist. This gets challenging when your typical donor is a multimillionaire and your typical client is a mentally ill homeless person wrestling with addiction. Stories are, in fact, probably the only vehicle powerful enough to make that kind of psychological transition.

There, but for the grace of god
Your protagonist does not, despite what many people think, need to be likeable. The reader needs to be able to empathize with the protagonist, but might not like him.

A tremendous example of this is found in the movie Monster

. While you probably wouldn't want to invite Aileen Wuornos to a dinner party, the filmmaker constructs the story so that you can understand how she got there. If you have an unlikeable protagonist, you need to work out the "there but for the grace of god" factor. Find the storyline that we can relate to, even if our lives are very different.

Desire
Protagonists don't act until they want something. There is a gap between what they really, really want and what they actually have. The actions of the story move them closer or farther away from the object of that desire.

Taut, exciting stories usually spend a good chunk of time keeping the protagonist tantalizingly close to reaching her desire, then moving it just a little farther away. Stories tend to be most satisfying when the protagonist's strengths move her toward her desire and her weaknesses move her away from it.

To create the archetypal happy ending, your protagonist should achieve her heart's desire when her central strength overcomes her central weakness. Again, it's all a matter of empathy. Aren't those the most triumphant moments of your own life?

More resources
The craft of telling stories takes time to learn; the art takes a lifetime. Here are four exceptional resources if you want to explore more: 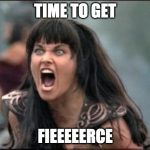 Later this week, I'm launching a new project that I hope you'll find useful. Back in September, … END_OF_DOCUMENT_TOKEN_TO_BE_REPLACED