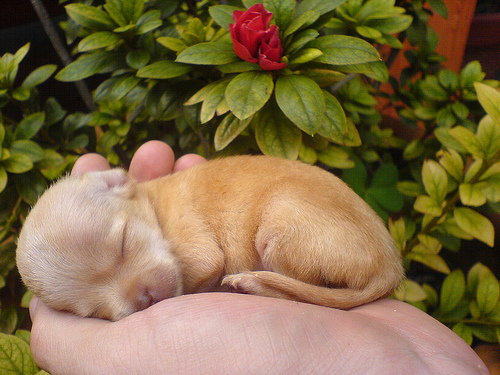 Those of you who follow me on Twitter might have seen my grumbling about not getting some StomperNet stuff I had paid for. I figured a little public whining would solve my problem, and it did—they kindly called me up and made things right. (I don’t advocate that as your first line of fire, but I’d submitted two support tickets already, and I was getting a little cantankerous.)

Now the StomperNet dudes don’t think small. I believe their budget for salaries is right about one kazillion dollars. They have a large staff of ninjas on just about every facet of Internet business, from SEO to conversion to how to make your shopping cart do things that verge on the unnatural.

They apparently, though, don’t have a support expert on staff. (Maybe after this they’ll add one.) Some customers had all kinds of problems, and their fulfillment house (the folks who put CDs into boxes and mail them from a warehouse) didn’t do them any favors either.

So here’s a quick tutorial on support and handling screwups, because how you handle this is one of the most important communications challenges you’ll ever face.

A lot of companies consider spending perfectly good money on support to be a necessary evil. It’s overhead, like taxes or the light bill. It is to be minimized, controlled, pared down to the slimmest possible margins.

Support and salespeople are the two groups who are the most likely to actually talk to your customers. And while salespeople have their own challenges to face, they also tend to make nice money and to at least get patted on the back when they sell lots of your product.

Support people are typically paid poorly, they get crapped on all day, and they get only the most modest recognition when they do a great job. Most support is terrible because it’s designed to be terrible. It’s starved for money, attention, respect and love. That’s not a recipe for greatness.

If you buy my assertion that marketing is the relationship your organization has with customers, support is nothing less than the front line of marketing. Which means it needs to be well-staffed, well-paid, to have incredibly robust systems in place, and to be led by people who are fanatic about getting it right.

Great support is about what you do as opposed to what you say.

Support is a calling more than a job. (Actually, I think it may be a mental illness, but as the man said, we need the eggs.)

Great support people are not reasonable. They’re irrationally committed. They care too much. They have trouble setting boundaries. (You need to help them with that, incidentally.) They just want to make other people happy and to create peace, harmony and fairness in this world.

When you find a support superstar, let that person own the process. Pay him well. And give him real recognition. Talk him up in your communication with customers. Pay nice bonuses based on real accomplishment. Let him know that he’s a valued part of your success.

Great support people are junkies for recognition, and the average support job gives virtually none. Don’t be average.

Great support people want to find a great company to get married to. Make room for that. Find someone wonderful who will do anything for your customers, then make it very easy for him to stay forever.

If you have more than three or four customers, post-its and promises don’t cut it. You need some kind of automation. Yes, it’s hard to figure out and set up. Compared with having customers who hate you, that’s not a bad problem to solve.

Ensure that your great support person is constantly defining and refining processes. Great processes don’t destroy creativity, they make room for it and draw the outlines. You’ll know it’s a great process when people use it to create great relationships.

Your support process needs to be built by someone who’s answered those phones, who knows what it really takes to talk down the screaming customer and turn her into your biggest fan. And you don’t just create a process once. You own it, evolve it, nurture it and proactively keep refining it.

A Note About Fulfillment Houses

Having worked with a variety of fulfillment houses over the years (very happily, because this really is not something you ever, ever want to handle in-house), I’ve noticed something.

The smaller and more critical the job is, the higher the probability it will get screwed up.

Sending a sensitive communication to a small group of highly persnickety customers who represent millions of dollars in potential referrals? An absolute guarantee of computer glitches, process breakdowns, employees who go off the wagon in the middle of your job, and other “this has never happened to us before” SNAFUs. It’s a little-known extension of Murphy’s Law.

I don’t know a remedy for this. Hiring the best doesn’t help. Flying someone from your company out to oversee tricky jobs is a good idea, but it doesn’t solve everything. Just know that outsourcing the job to a reliable vendor doesn’t mean you will have no problems.

My problem with StomperNet came from a mistake in what’s called “kitting.” (Translation, the warehouse guys forgot to put all the stuff in the box.) These things happen.

The problem was exacerbated by two support tickets that were answered by an autoresponder without getting followed up by a person. The queue was just longer than their folks could get to. These things happen, too.

The problem didn’t end with me. I got messages from a number of folks on Twitter who had issues. Some of them suggested that StomperNet was scamming people or trying to pull something sneaky.

Experience is a very painful way to learn. When you see someone screw up, instead of gloating or judging, start taking notes about how you can not screw that one up when you encounter it for yourself.

Make sure your support staff and processes are amazing. Because sometimes they need to be.

Back in the early months of the pandemic, I noticed how many normally productive people were saying … END_OF_DOCUMENT_TOKEN_TO_BE_REPLACED