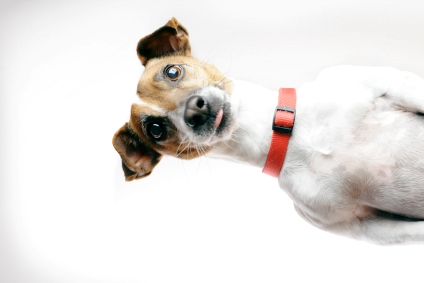 A few years ago, I did some consulting for a business owner. We were throwing around some ideas for PR and word of mouth marketing. (I didn’t end up working with him, for a variety of reasons.)

He was dead sure he was creating the next Amazon. He’d built his product from scratch. He had some experience in the same business as his customers, and he believed he knew all of their needs inside and out.

Things were humming along reasonably well, but the business wasn’t the colossus he thought it deserved to be. So he took out a second mortgage on his house. He put another $40 or $50 grand on his credit cards. Then he borrowed some more money from a group of private investors.

He moved out of his basement and into a real office. He printed 10,000 four-color glossy brochures. He brought on a staff of salespeople to make cold calls.

He was glowingly confident all through this saga. After all, his product was groundbreaking. It was magnificent. It was his baby. With all this support, there was no way it wasn’t going to be a monster hit.

Alas, it turned out not, in fact, to be a monster hit.

He didn’t lose the business or his house, which is a miracle. If the timing had been different, he probably would have lost both. But he did saddle himself with a mountain of debt that was a lot larger than the actual worth of the business.

He’s fired everyone and moved back to his basement. If he works incredibly hard, he might someday sell the business and come close to breaking even.

Get tough with yourself

When you start playing with money that comes in as “capital” (as opposed to revenue you actually earn by selling stuff), it’s easy to get sloppy. You get more office than you need, more computer than you need, more fancypants furniture than you need. You keep salespeople who don’t sell, because it feels icky to fire people. And you spend hours on unnecessary trivia instead of figuring out how to put out the fire that’s consuming your business.

Sometimes, yes, borrowing money to expand is a good thing. But if you’re going to do that, you need a rock solid plan about how you’re going to make that money (and more) back.

“This thing is so awesome it just has to work” is not a solid plan.

You need to know your milestones (I need X sales at Y profit margin per month), and you need to devote your entire attention to hitting them.

If that sounds scary and awful, there’s another way to go about it

Start small. Make something (or provide a service) and sell that. See how it goes. Talk with customers and potential customers about what other stuff they would really like to see. Figure out what problems they have, and how you might solve them.

(And listen to their answers. That’s where my entrepreneurial friend went south. He was so sure he knew his customers better than they knew themselves. He didn’t spend any time actually listening to what they were telling him. It turns out they had a lot to say, loud and clear.)

Look at every new or improved product as a prototype. Build it, launch it, check your sales, tweak, and relaunch.

In fact, if you can build a simple version quickly, sell it before you build it. Create a discounted “pre-release” version and see how many people go for it. If your response is pitiful, dump the project before you start. Give your takers their money back with a little gift for their trouble.

If the new product isn’t bringing in additional profit, either in the form of more sales or better repeat and referral business, scrap the program. Move on to something else. Stay lean and light on your feet.

If you build based on real feedback (especially feedback in the form of customers actually taking action and buying something), you’ve got a much more stable foundation than your own vision.

Clouds are beautiful to dream about, but they’re darned chilly and uncomfortable to live in.

Tune in next time for Dumb Thing #4: Thinking It’s About You

Don’t miss all 7 dumb things! Subscribe (for free, of course) right now in a reader or by email.

Back in the early months of the pandemic, I noticed how many normally productive people were saying … END_OF_DOCUMENT_TOKEN_TO_BE_REPLACED