I used to work with a CEO of a medium-sized company. They cranked out a medium sort of product in a medium way. I came into his clutches when our fast, dysfunctional and slightly amazing company got bought by his slow, nonfunctional and entirely mediocre one.

He was easily one of the most offensive people I have met in the business world. (He once told me, "Don’t get me wrong, you’re a very valuable cog in our organization." I later learned that this is a phrase he uses a lot with people he’s trying to encourage.)

Offensive can be ok. One of my favorite former bosses was highly offensive when he set his mind to it. You can be offensive and brilliant. This CEO was, unfortunately, the other kind.

What he never said was, "I learned something really surprising this week."

His medium company poured many millions of dollars in software development money down a rat hole. Just before we finally got within a few steps of the finish line, they sealed the rat hole up and pretended it had never existed.

The little software company’s unimproved product limps along to this day. It cranks out a medium sort of product in a medium way. The development money was written off, not too many people went broke. But nobody made anything worth making (including any real money).

What have you learned lately? If you don’t have a good answer, you need to create one. 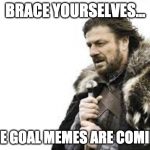 Looking at your notifications, I'm betting you're seeing the same two messages that I am right … END_OF_DOCUMENT_TOKEN_TO_BE_REPLACED