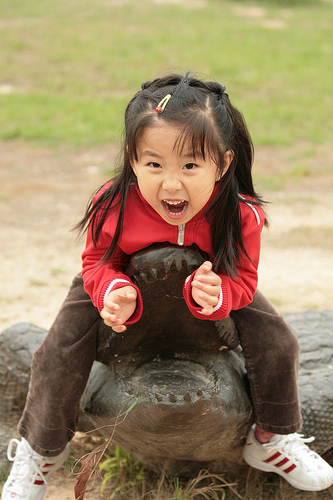 A six-mile wide chunk of cosmic trash came screaming toward us faster than a missile. In 10 minutes, the face of the earth changed forever.

No one could have seen it coming, telescopes being short in supply at the end of the Cretaceous period (and T-rexes not being very good at fiddling with the focus knobs).

The year that followed was literally hellish. The Gulf of Mexico vaporized nearly instantly. A rain of molten debris set off forest fires that engulfed half the earth’s wooded areas. Uncontrolled swarms of insects hatched to feast on the corpses of the 76% of the earth’s species that had suddenly become extinct. And a cloud of soot and space dust created a night that lasted for six straight months.

(Thank you, PBS. Have I ever mentioned my love of nature programs? Heroes and Lost have nothing on this.)

Is there maybe a teeny tiny little part of you that thinks this is a pretty good metaphor for the cascading crashes we’re seeing right now in the economy?

Who survives the unsurvivable?

So what made it? Some birds, a lot of bugs, a few weird looking little proto-mammals, and crocodiles.

It turns out that crocodiles are exceptionally good at surviving unimaginable awfulness.

So can a tough, formidable lizard teach you something about making it when things get really, really bad? Maybe.

Crocodiles, on the other hand, eat both live and dead prey. Their stomachs can tolerate just about anything. All that gross bacteria in dead stuff? Not a problem.

P.S., they can see in the dark. While T. Rex was stumbling around looking for a light switch, crocodiles were efficiently eating their way through an all-you-can-eat buffet.

It’s easy to assume crocodiles are as stupid as most reptiles, but they actually can learn new tasks surprisingly quickly. (This according to studies carried out by extremely brave scientists. Let’s face it, putting a crocodile through a maze has got to be trickier than doing it with a lab rat.)

Crocodiles may not go through the philosophical and playful mental gymnastics that we primates do, but they’re surprisingly wily at solving the problems they need to solve.

A crocodile can also, if pressed, go about two years without eating. So things can get pretty darned bad for quite awhile, and they’ll pull through.

Crocodiles don’t do a damned thing when there’s nothing worth doing. If there’s no food around, they lie there. (It probably helps that they can slow their heart rate to 3 beats per minute.)

Crocodiles don’t thrash around in a panic when there’s no point. Instead, they lie there (in that creepy way they have) getting ready for the next opportunity.

Sometimes it’s useful to just be a mean SOB

Crocodiles take what’s available and they make it work. I’m not advocating adopting a crocodile’s meanness, but we could all do with their lack of self pity.

So should we be crocodiles? 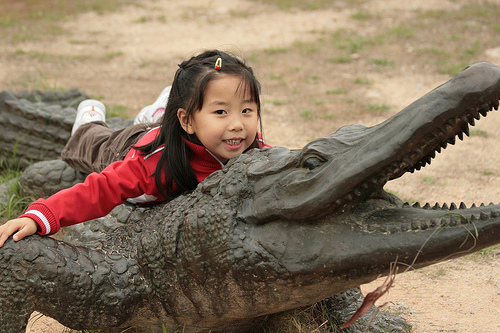 I don’t think I’d like the life of a crocodile. It’s too narrowly focused, too selfish, and too heartless.

But I’m willing to adopt some of their more admirable traits. I’m willing to expand my repertory of ways to make a living, and to develop multiple strategies that will work together so I can thrive no matter where I find myself.

I’m willing to scale back when that makes sense, and to scale up again when the time is right.

I’m willing to save my energy for projects that will pay off, instead of racing around squandering my energy on ego-driven tasks that will never bear real fruit.

I’m not willing to be mean, but I am willing to move aggressively toward what I want. And I’m willing to quit whining about how easy it used to be.

How about you? What traits are you calling on to survive the great meteor blast? Let us know in the comments.

Back in the early months of the pandemic, I noticed how many normally productive people were saying … END_OF_DOCUMENT_TOKEN_TO_BE_REPLACED