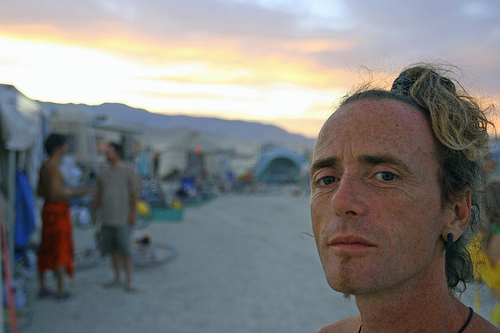 I picked up a couple of Nancy Mitford novels while I was on vacation in Taos a few weeks ago. Mitford wrote acidly funny, impeccably observed novels about her own background, which was as a child of the minor aristocracy growing up in Great Britain between the world wars.

It’s probably a bad idea for me to read any of the Mitfords (there were six sisters, all brilliant, some nasty, each with her own brand of insanity), because I find myself wanting to refer to things as heaven, or begin sentences with Any Danube peasant knows better than to . . .

Nancy Mitford became notorious in 1954 for a semi-satirical essay she wrote about “U” and “Non-U” pronunciation, the “U” standing for upper class.

(She didn’t coin the term “U,” but she did make it ubiquitous. U vs. Non-U was still a rowdy discussion when I first went to London in the 1980s.)

She outlined the situation neatly in her earlier bestselling novel The Pursuit of Love, in which the family patriarch is outraged because a young girl who’s a friend of the family is learning to say note-paper at boarding school, instead of writing-paper, and mirror instead of looking-glass.

Like her female characters, Nancy Mitford didn’t attend school at all, and thus couldn’t go to university as she had very much wanted to do. But by damn, she would have endured torture before she said note-paper.

It’s not about money

Mitford’s observations caused a lot of hand-wringing about snobbery and social class, which I suspect she found hilarious. She was born and bred to be a comic novelist, a brilliant observer but unable and unwilling to take anything very seriously.

What I find fascinating about it all is how fiercely tribal Mitford was, and how good she was at describing her tribe’s customs.

It wasn’t just about money. At various points in their lives, the real Mitford sisters lived on much more modest means than Nancy’s fictional characters did. (Money was a significant factor in the girls not going to school, for example.)

In fact, The Pursuit of Love details precisely the conflict between the rich middle class and the poorer (but in Mitford’s eyes, much more attractive) aristocrats and landed gentry.

Every tribe has a language

Whether it’s rabid fans of a sports team, residents of a neighborhood, members of a social class, or just people who share an interesting obsession, every tribe has a language.

When you’re writing to persuade a particular tribe, you’ve got to find the language that they use every day. Every time you say note-paper when they expect writing-paper, you send a signal that you’re not one of them.

Develop the novelist’s habit of writing down scraps of conversation that you hear. Keep file folders of customer comments, and go through it looking for interesting turns of phrase. Don’t “clean up” client testimonials too much—leave the linguistic quirks and oddities.

If you’re building a tribe

You don’t just have to stick with the tribes that exist already. Creating your own is one of the most effective (and fun) ways to build a business or project.

When you build a tribe, remember that every tribe needs its own language. (The six Mitford sisters had one just among themselves, in fact.)

Over on Copyblogger, we’ve started to use the expression Third Tribe to mean “smart, ethical business based on great content and solid direct response copywriting.”

When I write about audience there, I talk about each of us building a village of customers.

We define ourselves as content net creators, as opposed to the “harpooners.” (Defining “the other” is also a big part of creating a tribe. I try to do this with respect and without vilifying anyone.)

When we overcome objections and build trust with customers, it’s called killing trolls.

You don’t have to force this “secret language.” (In fact, trying to force it is probably a terrible idea.) But you keep your ears open for the ideas and metaphors your villagers respond to.

When you come up with a good turn of phrase, keep using it. Repetition is your friend.

How about you? What’s the secret language of your tribe?

Back in the early months of the pandemic, I noticed how many normally productive people were saying … END_OF_DOCUMENT_TOKEN_TO_BE_REPLACED