We were given these giant brains so we could be creative, could think of new ways to do things, could come up with incredible new inventions. We even have opposable thumbs, with which we can make all kinds of nifty tools like the wheel, the printing press, and Twitter.

But we also have a big scary alarm that goes off when we’re doing something different from the tribe. We’re wired to “think different,” but not too different.

We can respond to adversity with tremendous creativity, but too often we need adversity before we’ll buck the crowds.

Most people, in most endeavors, are clueless

Remember when we used to use the expression “rocket scientist” to mean someone who was incredibly on the ball? Then NASA showed us that, although they hire lots of amazingly smart and educated people, rocket scientists aren’t immune to following one another off a cliff.

Brain surgeons, nuclear physicists and assembly language programmers* are smart, but they’re not so smart that they wouldn’t do something incredibly dumb because someone else did it.

Despite what our moms tried to teach us, if our friends jumped off a bridge, we absolutely would too. Don’t assume that you’re smarter than the 909 people who drank poisoned Kool-Aid at Jonestown. You’re just in a better environment.

(Yes, if you’re a young’un, that’s where the expression “drink the Kool-Aid” comes from. Pretty horrific, actually. If you can stand to think about it–and mostly, I can’t–Jonestown offers one of the most striking and stark sets of lessons on mass psychology you’ll find anywhere. Robert Cialdini’s essential book Influence

spells the lessons out so you don’t have to wreck your entire night reading about Jonestown on Wikipedia.)

Human beings learn by imitation. We have such incredible richness of cultural diversity because each of us, when we’re little, learns how to be a human being by watching the big ones. We can learn all kinds of complicated and illogical behaviors that way. And in fact, each of us does.

Monkey see, monkey do. But humans are a lot better at that game than monkeys are.

A few people in a thousand manage to be contrary-minded enough to escape. By nature, they’re wired to zig when everyone else zags. In dark ages, they burn these folks as heretics. Today, they’re Warren Buffett and Richard Branson.

Remember that when you think the world is going to hell. Heretics are billionaires now.

You don’t have to be born a contrarian.

You can learn it. And you should, if you want economic and personal freedom.

Just opening your eyes and seeing that “most people do what most people do” allows you to at least question whether the herd knows where the hell it’s going.

Which puts you into that category of one or two in a thousand. Incredibly simple, actually.

Dan Kennedy likes to yell at entrepreneurs who immediately assume that interesting business tactics won’t work in my business.

I won’t yell at you, but I will encourage you to always question that assumption. The weirder an idea looks to you, the better payoff you might get. Spectacular successes have been created by coming up with creative ways to implement ideas that first seemed irrelevant or off the wall.

How about you? Are you willing to become a creative contrarian? Willing to find a few juicy opportunities by zigging when everyone else is zagging right off a cliff (and bitching about it the entire time)? Let us know about it in the comments.

* P.S. Thanks to my Twitter buds, in particular Coyote Squirrel, for giving me some good plausible alternatives to “rocket scientist.” What a bunch of sweeties.

If you liked the posts in this series, please link to or Stumble them!

Want a stronger writing voice? To stand out in the sea of "same-old" freelancers? And manage your imposter syndrome?

The Remarkable Writing Workshop is all about the art and craft of writing, and it's designed for content creators of all kinds.

We're closed for enrollment right now, but if you drop your information below, I'll let you know when the workshop is open again.

Thanks for your interest, and we'll talk more soon. :) 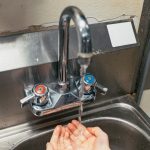 I recently overheard a marketer asking the question, How should I be leveraging coronavirus in … END_OF_DOCUMENT_TOKEN_TO_BE_REPLACED