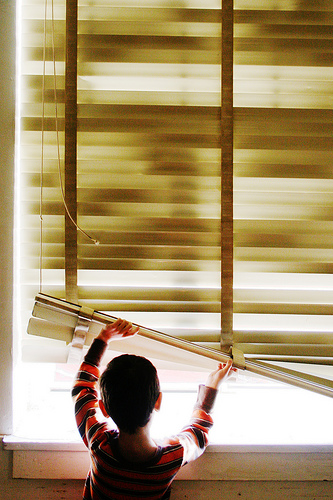 No, no, not the one that says “he who has the gold makes the rules.” I’m talking about the golden rule we all grew up with.

Treat others the way you would like to be treated.

Do unto others as you would have them do unto you.

Works for kindergarten and it works now, right?

The key to wealth, health, happiness and world peace?

“Do unto others as they would want done to them.”

The platinum rule doesn’t take your likes and dislikes as the standard. It gets your ego out of it (as much as possible) and puts your customer at the center, where she should be.

(One hotel management pundit even came up with a double platinum rule, where you’re expected to anticipate what your customer would like if only she knew about it. Sounds suspiciously like marketing to me.)

I have a friend who runs a service business. He’s extremely conscientious. It’s very common for him to spend three or four unbilled hours researching the cheapest possible solutions for his customers.

There’s just one problem. His customers are ready to strangle him.

In almost every case, they don’t actually want the absolute cheapest way to solve the problem. They prefer a solution that’s packaged for convenience. Or that comes with a help desk so they can ask dopey questions. Or that just gives them the nice warm feeling of certainty they have when they buy a name brand.

He’s living by the golden rule. He would love it if a vendor bent over backwards to save him money, and he assumes that’s what his customers want.

It’s not. But he can’t get out of his own head long enough to see that.

Making it about their needs

It’s incredibly hard to think like another person. We all believe we do, but we have blind spots.

My friend can’t conceive of a customer who’s got bigger worries than cash flow.

I have a hard time remembering that most customers don’t want an overwhelming map of all the territory they could cover, they just want a fast map to get where they want to go.

You’re not going to be able to wave a magic wand and get completely out of your own head. No one is so enlightened that they don’t fall into this trap. Even the Dalai Lama probably assumes that everybody likes yak butter.

How to find your own blind spots

The next time a customer gets mad at you, try to listen for what might really be going on. Did they take your professionalism for condescension? Did your relatively minor screw-up make them look bad in front of a friend?

What assumptions did you make about this client relationship? Try to look at even the ones you think are ridiculously obvious. If you can get into a productive conversation about it with the customer, that’s fantastic. It will make the customer feel good and it will help you get smarter.

Surveying your customers works, too. To get out of blind spot hell, remember to leave things open-ended. If you create multiple-choice questions, you’re just asking people to validate what you’ve already decided.

What blind spots have caught you up lately? Let us know in the comments.

Back in the early months of the pandemic, I noticed how many normally productive people were saying … END_OF_DOCUMENT_TOKEN_TO_BE_REPLACED