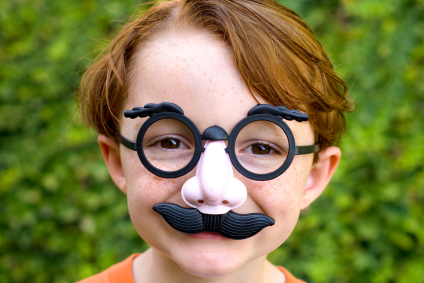 Something interesting I’m seeing lately. Not so much from my clients & readers (you guys get it), but in comments and on Twitter.

People who want to know “how do I get my share of the attention? How can I get more traffic? More links? How do I get big bloggers to pay attention to me?”

In the 80s there was a great TV ad for the financial firm Smith Barney. Actor John Houseman (in a fabulously arrogant and stuffy way), said “We make money the old-fashioned way. We earn it.”

And that’s how you get attention in social media. Not with a trick or a tool or one of those slimy products that gets you thousands of social media followers without doing any work.

You Get Attention by Earning Attention

I completely realize that this is annoying advice! But it’s the only thing I’ve ever seen that works.

Attention comes from creating Cookie Content that’s valuable in and of itself. It comes from thinking obsessively about your audience (read “customers” if you like), about what they want and need. About how to fill in the “holes” in their knowledge, the things others aren’t helping them with.

And sure, while you’re at it, if you’re going to do the work of creating great content, put a terrific headline on it and let all your pals know so they can promote it. But the “great content” part has to come first.

It’s Not (Completely) a Numbers Game

Tricks and games don’t get you real attention. They get you fake attention. Just like buying an email list gets you thousands of addresses no one is using, the social media “shortcut” tools get you accounts, not people. Not relationships. Not engagement.

(If someone’s telling you then can deliver 2,500 Twitter followers for $99, you have to ask yourself just who would be willing to have his attention sold so cheaply?)

Time after time I’ve seen “little guys” like Naomi and I do better with our small group of fans than the “big guys” do with tens of thousands. Even though it seems like you’d be able to move mountains “if you could just reach the audience that those A-Listers have,” it ain’t necessarily so.

Now it’s true that if you use the same organic, one-to-one, earthy-crunchy techniques to reach 10,000 people that you did when your list was 100 people, you’ll scale up. As long as you keep showing an authentic self and creating value, you’re going to be in good shape. But when you take shortcuts with your audience, they start tuning you out. The percentage of folks who are really engaged starts to plummet.

Never Let Yourself Be Intimidated

When I was just starting out, I thought the big bloggers were pretty much on Mount Olympus. And here I was at the bottom, just putting my words together and hoping someone noticed.

Now I hang out a little bit with a few of the guys on Mount Olympus, and it turns out they’re just guys after all! (Guess I should have known that, right?)

They have big subscriber numbers, but that didn’t solve all of their problems. Lots of them are broke. (No, in case you’re curious, Brian is not one of the broke ones.) 🙂

Plenty of them struggle with the same things we do. And they have their own set of issues that aren’t always much fun.

If you are truly connecting with your folks, you’re creating a little village of trust and value around your communication. And you’re going to do nicely. It might be a slow climb to get to fame and riches. But you’re on the right path, and it’s going to pay off for your business as much as it pays off in satisfaction.

I’ve got email on the brain, so I’ll be writing about it for the next few weeks on Copyblogger. I’d love it, of course, if you swung by and contributed your thoughts in the comments. 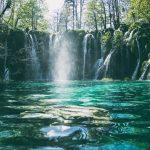 Free workshop: May 10, 2021 In this age of bots and "content shock," writers need sharp creative … END_OF_DOCUMENT_TOKEN_TO_BE_REPLACED