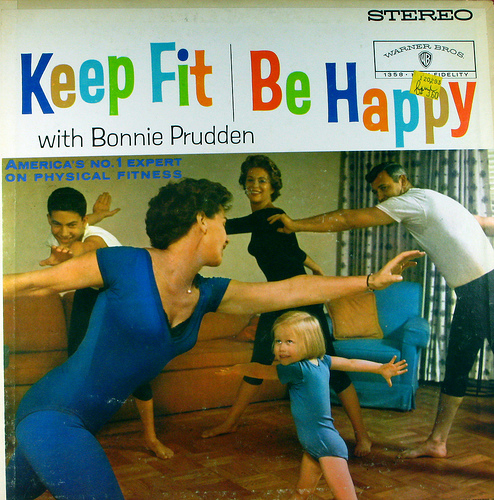 I don’t watch a lot of TV, but I do get to the gym a few times a week, generally right when Oprah is on. (Could be a lot worse. Jerry Springer, for example.)

A few weeks ago, she had some of the old contestants from the reality show The Biggest Loser. This is, to me, vastly more interesting than watching the actual show could be.

It’s one thing to lose tons of weight while at a ranch where there’s nothing to do all day long but work out and get yelled at by trainers. (Still an incredible and impressive amount of work. But not reality.)

It’s another to make the choices every day to maintain a healthier weight and lifestyle.

One gentleman in particular made a big impression on me. “For 15 seconds, I weighed 182 pounds and won a game show,” he said. His weight has gone up quite a lot since then, although he’s still managed to consistently stay 100 pounds below what he weighed when he first appeared on the show.

If you’re still a fat person in a skinny body, nothing’s going to change

He understood (intellectually) what to do. He knew all about working out and nutrition. And he wanted to be thin.

But his mindset didn’t match his temporarily sleek exterior. And as soon as he wasn’t in the hyper controlled environment created by a TV show, he started to revert to what his mindset told him was his “true” nature.

I’ve been working for the past few weeks with a money coach. (Actually, Gary’s more of a financial and business and lifestyle and happiness and freedom coach.)

A lot of what we work on is getting me to get what I already know. Internalizing it. Making it real. Strengthening my self reliance. Weakening my tendency to be cheap with myself. And knocking holes in the idea that Nice People Don’t Make Money.

To be successful, you need three things

You need good-quality information about ways to create success. (There are lots and lots of ways to do it. You just need to focus on one that suits you, and to make sure the information you’re getting is reliable.)

You need the will and the ability to translate that information into action. If you’re locked in Guantanamo, you won’t be able to do much to create the results you want. That’s true even if your Guantanamo is mainly psychological.

And you need a mindset that won’t set off little booby-traps to undermine all your work.

The thing about working on mindset is, if you get it in the right place, the first two become a whole lot easier.

Of course, you still need to take action. It’s not the Law of Attraction or magic beans in any way. It might look and feel like the universe is shifting around to take care of you, but actually it’s just what the world looks like when you get out of your own way.

As we weather the massive “economic climate change” that’s occurring all around us, we’re going to need to think about the world very differently.

We’re going to need to unlearn the mental habits we picked up by working for companies. Even good companies.

We’re going to need to re-evolve, from cube dwellers to hunter/gatherers on the open plain.

I don’t believe it’s optional, personally. The corporate cube isn’t the safe haven it was even a year or two ago. We need to find our true self-reliant nature again.

My coach, Gary, has a new group program available with really excellent introductory pricing. If you’re looking for someone who can help you gently but effectively shift your thinking, I can highly recommend him.

This isn’t an affiliate link. I don’t make a nickel, whether 1 person signs up or 100 do. I’ve just gotten so much out of working with him, and I’d love to see more people benefit from what he has to offer. Max Life Coaching

I’m going to be Gary’s first guest speaker, so if you want to hear our call on the real way to use social media in your marketing, that’s how you would do that.

Gary and I are also working with a terrific designer to make his site look less generic and show more of the warm, nice, generous person he is. So if the design makes you think it might be too corporate or business-y or “not you,” keep that in mind.

The self-serving bit for me, of course, comes when you have a killer financial mindset and are ready to start or grow your business. Then you’ll be in a great position to buy lots of marketing information from me. So really it’s all about me and my needs. Pretty sneaky of me, eh?

Back in the early months of the pandemic, I noticed how many normally productive people were saying … END_OF_DOCUMENT_TOKEN_TO_BE_REPLACED